I'm really excited to introduce "Level Up Fridays." Level Up Fridays is a series of free bite-sized tutorials designed to help you learn a little bit of coding over the course of your lunch-break.

How will this help me?

At the end of 2017, I had the amazing opportunity to spend 3 months living in Nice, France while studying French. With the exception of 1 semester of high-school Spanish and taking the French Duolingo course, I had no previous experience learning Romance languages.

Full of gusto (and perhaps a bit of over-confidence), I enrolled in a french-immersion course at Alliance Française de Nice.

Any sense of over-confidence I had pre-enrollment, was quickly and brutally destroyed when I learned how little I knew. My dream of being able to have a free-flowing conversation with my new French friends in their language was quickly replaced by, "I hope I can order a coffee without needing to revert to English."

Something as seemingly simple as ordering a coffee becomes complex when you consider the number of variations in response that may be necessary from your server. What kind of coffee? (A "café" is an expresso, unless your server hears your American accent. Then they may give you a "café au lait" because they are aware of how few Americans drink expresso.) Would you prefer that to-go? ("À emporter" in French translates most directly as "to carry.") Would you like anything else? ("Avec ça?" translates directly to "with that" but means "is that all?")

How questions and responses are phrased defer a great deal from written to spoken French, and from region to region. Books and courses can provide you with a great deal of knowledge but ultimately, as I learned, no amount of book study could compare to the growth by simply speaking the language often.

Speaking to native French speakers was more beneficial than speaking to myself. But speaking aloud, even to just myself, had a large impact and that was noticeable by both my friends and instructor.

Over the course of the last few years, I've mentored dozens of designers and observed a similar phenomenon.

People that write code more often (even if they write it poorly at first) grow exponentially quicker than those that don't.

Similarly to learning a language, no tutorial or class can prepare you for the amount of variation that exists in different programming environments. Often the best teacher is putting theory into practice through writing code.

Level Up Fridays designed to help you write code more frequently and observe how I approach writing code.

In this first tutorial, I'll cover BEM. As one of my favorite CSS organization methodologies, BEM is designed to help you write styles that scale with the size of your app by writing reusable components.

Links from the episode:

(Sorry for the audio difficulties in the intro, I promise next episodes audio will be much better.)

Get the latest in your inbox.

How to create better lists with CSS Counters

Learn how to use CSS Counters to style traditional ordered lists and more complex examples. 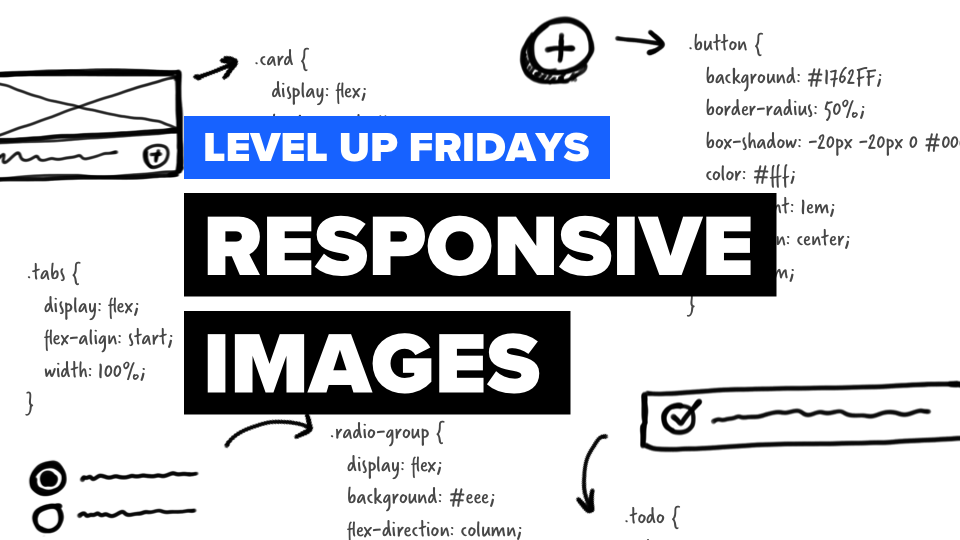 How to create Responsive Images

Learn how to use HTML's `picture` element and `srcset` to provide art-direction and handle different display resolutions for Responsive images. 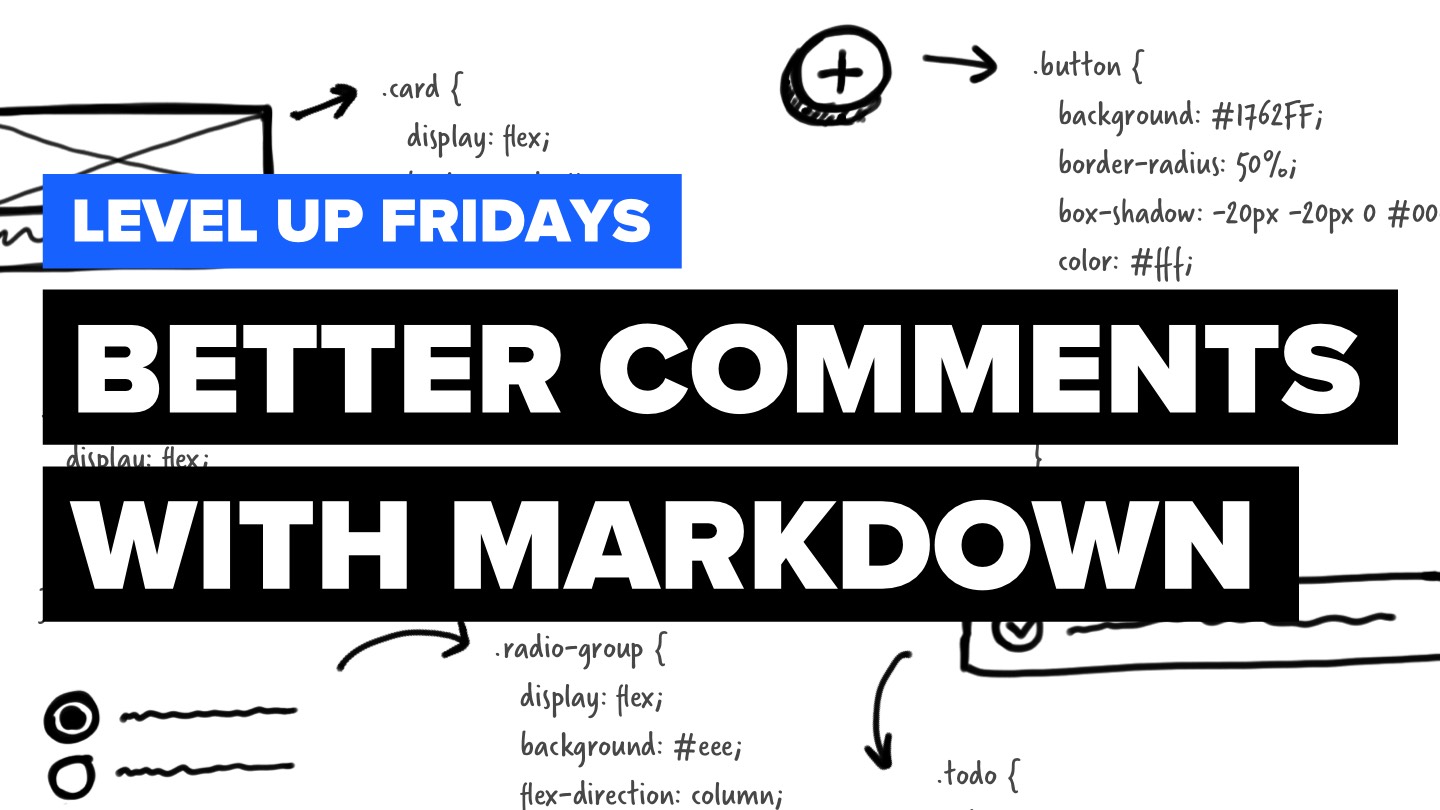 Improve your project communication with Markdown

Learn how to improve your project team communication with Markdown